Parbhani, India – Sadashiv Satpute, a farmer from a small town in the western state of Maharashtra, applied for a loan on March 27, 2014, according to bank records.

He subsequently received a sum of Rs 183,690 ($2,573) from Andhra Bank. But Satpute had died three months before his loan application, raising the question of how could he have applied for it in the first place.

His case came to light after a bench of the High Court of Bombay ordered the Economic Offences Wing of the state police to investigate an alleged fraud.

The Enforcement Directorate, the economic intelligence unit of the central government, raided 10 locations, including properties belonging to sugar baron Ratnakar Gutte, in June 2019 in connection with the bank fraud.

Between the fiscal years of 2012-2013 and 2016-2017, his company Gangakhed Sugar and Energy Limited (GSEL), located in the town of Gangakhed, took out fraudulent loans worth Rs 578 crores ($80m) from seven public-sector banks in the name of more than 24,000 farmers, according to an audit accessed by Al Jazeera. 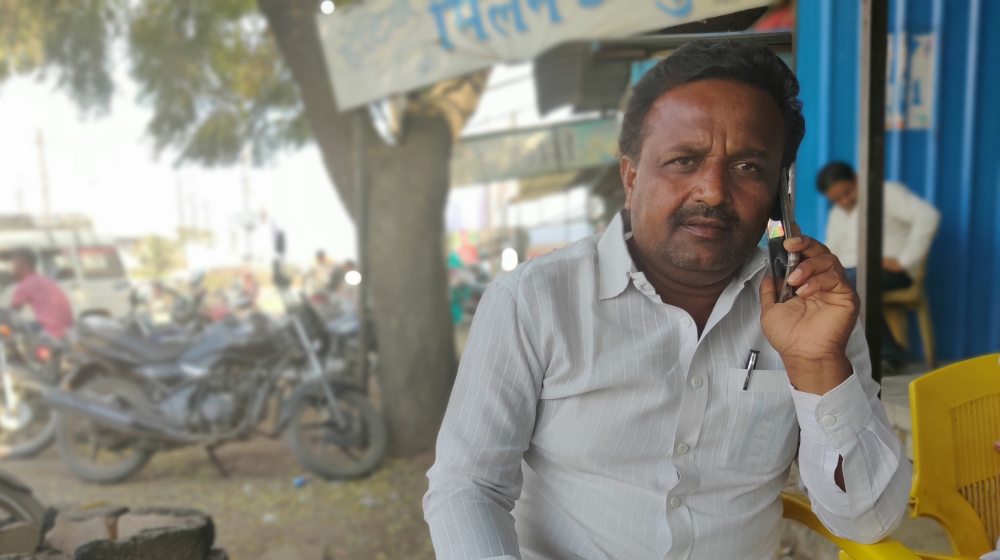 Ratnakar Gutte, GSEL chairman, has been in jail since March 2019 for money laundering. A bench of the Bombay High Court is hearing the case.

Currently a member of the state legislature representing the constituency of Gangakhed, made up of farmers his sugar factory allegedly duped, Gutte managed to contest the October 2019 state elections from jail – and win.

In state elections five years earlier, his Rashtriya Samaj Party was publicly allied with the ruling Bharatiya Janata Party (BJP) in the state.

In the October 2019 elections, the public alliance was dropped but his campaign posters featured prominent photos of then-chief minister and BJP senior leader Devendra Fadnavis and Prime Minister Narendra Modi.

The BJP’s official ally, Shiv Sena, had been contesting the constituency in the election too, but Gutte’s team consistently said that he was the real BJP ally throughout the campaign.

Gutte’s son, Vijay, directed the Bollywood film Accidental Prime Minister, which is said by many to be a hatchet job on the Gandhi family which heads the Indian National Congress, the BJP’s main opposition.

Two top BJP functionaries refused to comment on Gutte. Anil Bonde, who was the agriculture minister in the previous BJP state government, and Ashish Shelar, the BJP’s chief whip in the state assembly, said they were not in a position to speak about him.

Al Jazeera also sent a request to Fadnavis’s assistant for a comment from the former chief minister. He replied, inquiring about the “exact subject” on the comment being sought. A clarification was sent, after which the assistant stopped responding.

After the raids last June, ED officials told the media that GSEL “fraudulently availed loans” from different banks in the names of thousands of farmers, “on the basis of guarantee given by the company”.

A handful of the farmers, like Satpute, were deceased. Those who were alive found themselves in a mess they did not sign up for. 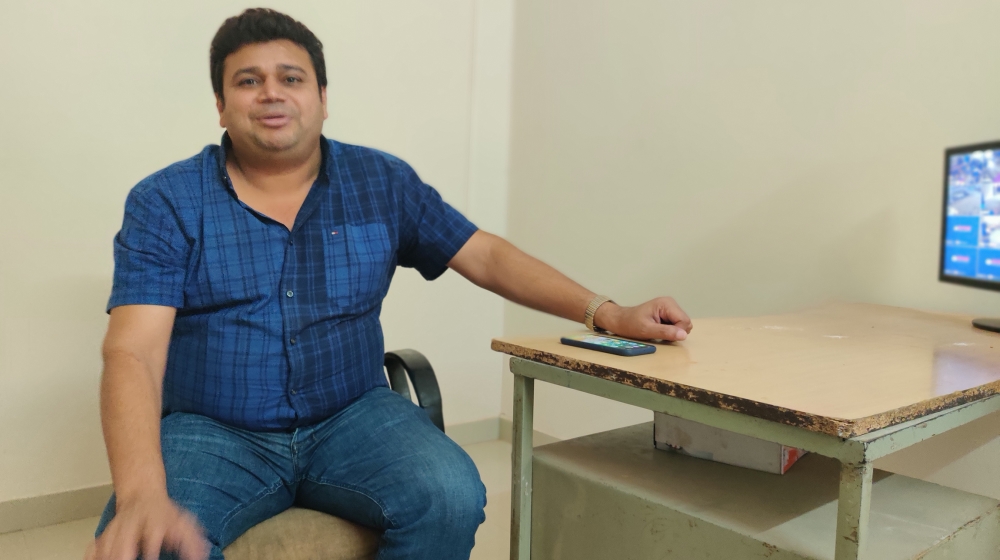 One day in December 2018, Sulochana Tale, 65, received an envelope on her doorstep.

“I checked with my husband and even he had no clue what it’s all about. At this age, we can do without such shocks.” Her lawyer has responded to the notice, and the matter is under judicial consideration.

A few years ago, Tale, who owns five acres (two hectares) of farmland in a village near Gangakhed, had sold the sugarcane she harvested to Gutte’s factory.

“The factory had gotten our details like the plot number, identity card and so on at the time,” says her husband, Shankar, 71, a retired professor. “We have no clue how they engineered the entire transaction.”

The company’s modus operandi of using this information to secure fraudulent loans has been noted in the financial audit of GSEL conducted by the investigation and intelligence wing of the Maharashtra state police.

It was presented in court in May 2019. The farmers’ signatures, as well as the documents required to open their bank accounts and verify their authenticity, “were forged”, it says.

Immediately after the loan amount was credited to the farmers’ accounts, the audit adds, “almost entire amounts were transferred to the bank account of GSEL with consent of farmers”. Most of those funds, according to the audit, were used for GSEL’s “own benefit”.

The factory took the fraudulent loan money at a time when Maharashtra is going through one of its worst agrarian crises. At least 11,995 farmers have killed themselves in the state between 2015 and the end of 2018, largely in despair at being unable to repay loans they had taken, owing to droughts and unseasonal rains that impacted their crops.

The agrarian region of Marathwada – in which Parbhani falls – has accounted for 4,124 of the suicides.

According to 2016 data, the average monthly income of a rural household in Maharashtra is $125. To sustain their families, many farmers have sought extra employment as agricultural labourers, earning about $3.5 a day.

Several of the farmers in whose name loans have been drawn live in makeshift one-room thatched-roof huts.

In contrast, Gutte had assets amounting to $12.6m while his wife’s wealth was worth $8m, according to his election affidavit.

The scandal would have probably never been uncovered had Maruti Rathod’s father not fallen sick in August 2016.

Rathod, a small farmer in Gangakhed, needed money for his father’s treatment but the local branch of his bank refused him a loan, citing another crop loan he had secured from another bank.

“Until that moment, I had not even visited the city where this branch was located,” Rathod says. “It is more than 400km away. Why would I borrow money from a bank that is so far?”

Rathod took the train to Nagpur – where the other branch was – to get details of the loan issued in his name.

“The bank officials initially refused to give me any details,” he says. But when they realised he did not intend to leave without information, the bank gave him a letter stating his loan account had been repaid that month.

The incident raised Rathod’s suspicions and he kept digging, eventually finding others in the same situation.

Six of the farmers filed a case against Gutte in the high court in June 2017 with the support of a local politician associated with the rival Nationalist Congress Party. Investigations that ensued slowly revealed there were more than 24,000 farmers like Rathod who had no idea they had loans in their names.

Gutte’s lawyer, Milind Kshirsagar, denies the charges of fraud against his client.

“If my father-in-law had done anything wrong, he would not have been able to win an election from jail,” he says. “He was a sugarcane farmer himself. Nobody would procure the sugarcane he harvested. That is when he made a promise to start his own factory so no farmer in Gangakhed would face what he had to.” 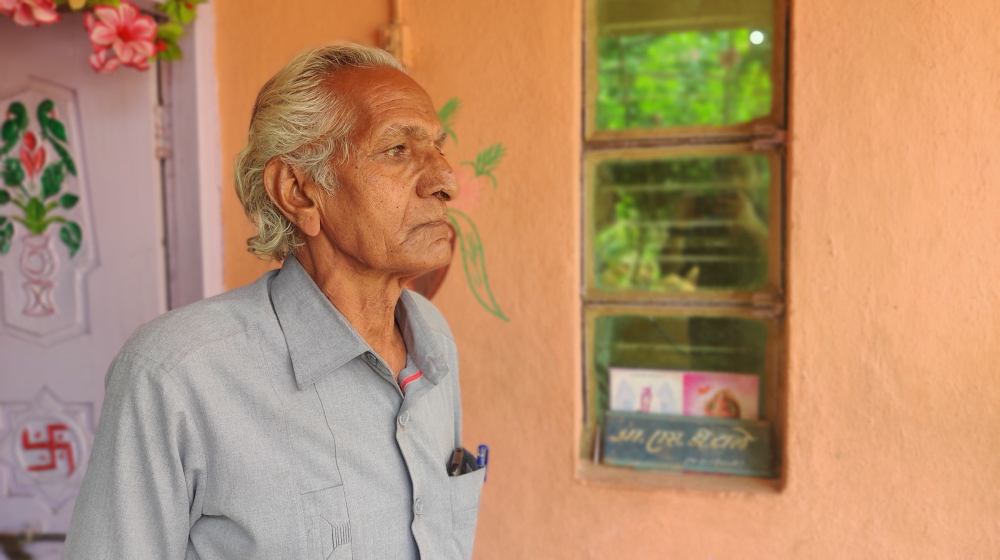 However, Pralhad Bachate, the lawyer representing the farmers in court, says it is an open and shut case.

“All the papers prove Gutte has committed a fraud,” he says. “Yet, it takes two years for the agencies to arrest him. He has been close to the establishment.”

People in the constituency of Gangakhed think twice before speaking about Gutte, Al Jazeera has been told. Several farmers refused to share details of how they were duped. Those who did only opened up after moving out of a tea stall into a private space.

Gutte’s clout extends not only to his constituents but also to bank officials, without whom he could not have run the loan swindle, said Devidas Tuljapurkar, joint secretary of the All India Bank Employees Association.

At least seven lower-ranked bank officials told the court they sanctioned the loans because there were orders from higher up the ladder and that they had not seen the farmers when they opened the accounts.

In July 2017, the auditors of Syndicate Bank’s Parbhani branch wrote a letter, which Al Jazeera has seen, to its general manager pointing out the officers who were involved in the suspected fraud.

The staff was “tampering with loan files”, the letter observed. It further claimed that the sugar factory’s staff accessed the bank’s computers and LAN. The letter concluded by listing GSEL’s sister companies through which the bank officials might have been bribed.

Tuljapurkar, the joint secretary of the All India Bank Employees Association, says most sugarcane factories are owned by people close to politicians, which is why the bank officials “are under pressure to release their loans”.

“It is a clear nexus that has farmers at a disadvantage,” he told Al Jazeera.

Until the case is resolved in court, the farmers are at a disadvantage, their records showing unpaid loans, making it difficult to access new loans for emergencies or to keep their farms running.

Moreover, they have been pressured by the banks to pay loans.

Ramesh Pawar, 47, another farmer from Gangakhed, in whose name fraudulent loans amounting to Rs 5.5 lakhs ($7,704) have been issued from two banks, wanted a home loan to build a concrete house. “But the bank refused to release money,” he says.

When ordinary farmers want to access a loan, adds Pawar, banks scrutinise their past and current assets and credit histories. Not so the influential figures who were able to secure loans with no trouble.

“The bigwigs even get loans on behalf of farmers that are long gone,” he says. “At least the ones that are dead don’t have to endure the stress. I never thought I would envy a dead farmer.”

Climate change: Fertiliser could be used to power ocean-going ships

US braces for ‘hardest week’ in coronavirus fight: Live updates | News
37 mins ago