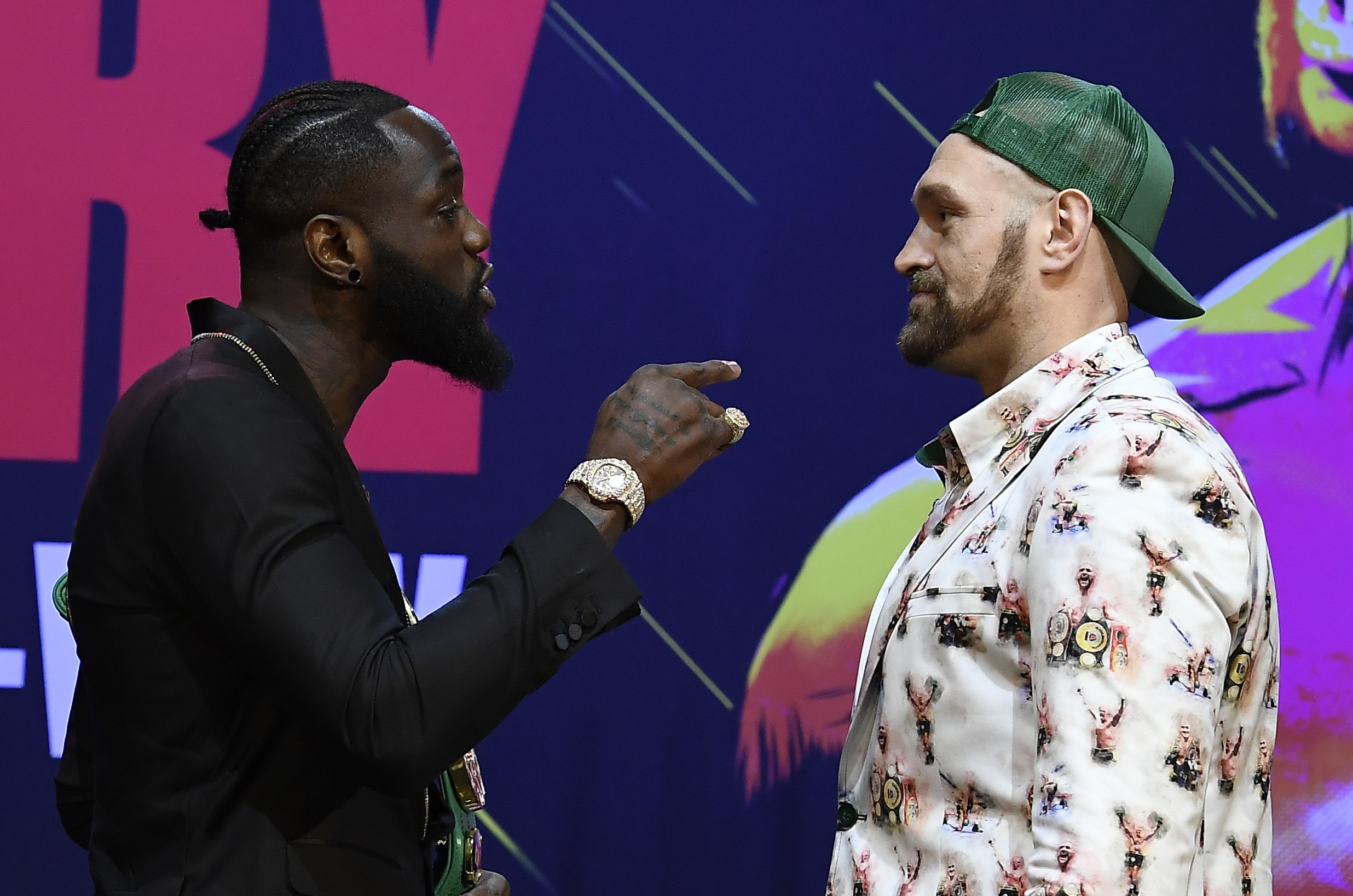 Boxing’s biggest fight in years is set for Saturday night in Las Vegas. Heavyweights Deontay Wilder and Tyson Fury will have their rematch a little over a year from their first fight in December 2018, which was declared a split draw.

Wilder is defending the WBC heavyweight championship against lineal champion Fury. Both fighters remain undefeated in their careers.

Fury outboxed Wilder for most of their first fight, but was knocked down in the eighth round. Wilder was down on two scorecards heading into the 12th round and needed a knockout to win. He knocked Fury down for the count, but somehow Fury got back up to finish the round and earn the split draw.

Since then, both men have fought twice: Wilder had a first-round knockout of Dominic Breazeale in May and a seventh-round KO of Luis Ortiz, while Fury had a second-round TKO of Tom Schwarz in June, then defeated Otto Wallin via unanimous decision, even after a deep gash in his right eye made it questionable if he would be able to finish.

Both fighters weighed in significantly heavier for this fight, as part of each team’s strategy.

“You have the two — one of the two — best heavyweights in the world, and we’re putting it all on the line,” Wilder said at a Jan. 25 presser. “I don’t know if [Fury is] trying to throw people off the game, or come in and try to throw me off, but it’s exciting to hear and I’m looking forward to February 22nd,” he continued with a smirk.

Fury echoed his desire to win, stating “Whether I’m a great puncher or not, I don’t believe anybody else can match me with heart and determination. I’m going to put my iron will on Deontay Wilder.”

Here’s a complete guide to live-streaming Wilder vs. Fury 2, including the start time and how to purchase the pay-per-view.

MORE: How much money will Deontay Wilder, Tyson Fury make?

ESPN and FS1 will broadcast the preshow, the preliminary bouts, and the undercard. You can watch the prelims on ESPN or Fox even if you don’t have cable, with streaming services like Sling TV, Fubo, Hulu, DirecTV offering live TV packages available for purchase.

Even if you sign up for one of the free trials listed below, keep in mind the main card is only on pay-per-view, which costs $79.99.

What time is the Wilder vs. Fury 2 fight?

Preshow beings at 7 p.m. ET, with the undercard at 7:30 p.m. ET. The pay-per-view main card is set to begin at 9 p.m. ET. Fury and Wilder will likely make their ring walks for the main event between 11 p.m. and midnight.

Wilder vs. Fury 2 PPV price: How much does the fight cost?

The Wilder vs. Fury 2 fight costs $79.99 on pay-per-view. The fight can be purchased through ESPN+, Fox Sports Go, or via most major cable and satellite providers.

The New NFL Playoff System Looks More Fair, But Is It?

Meet the man who really owns NFL Draft
1 min ago

How Far Should Police Go in Enforcing Coronavirus Lockdowns?
37 mins ago

How Far Should Police Go in Enforcing Coronavirus Lockdowns?