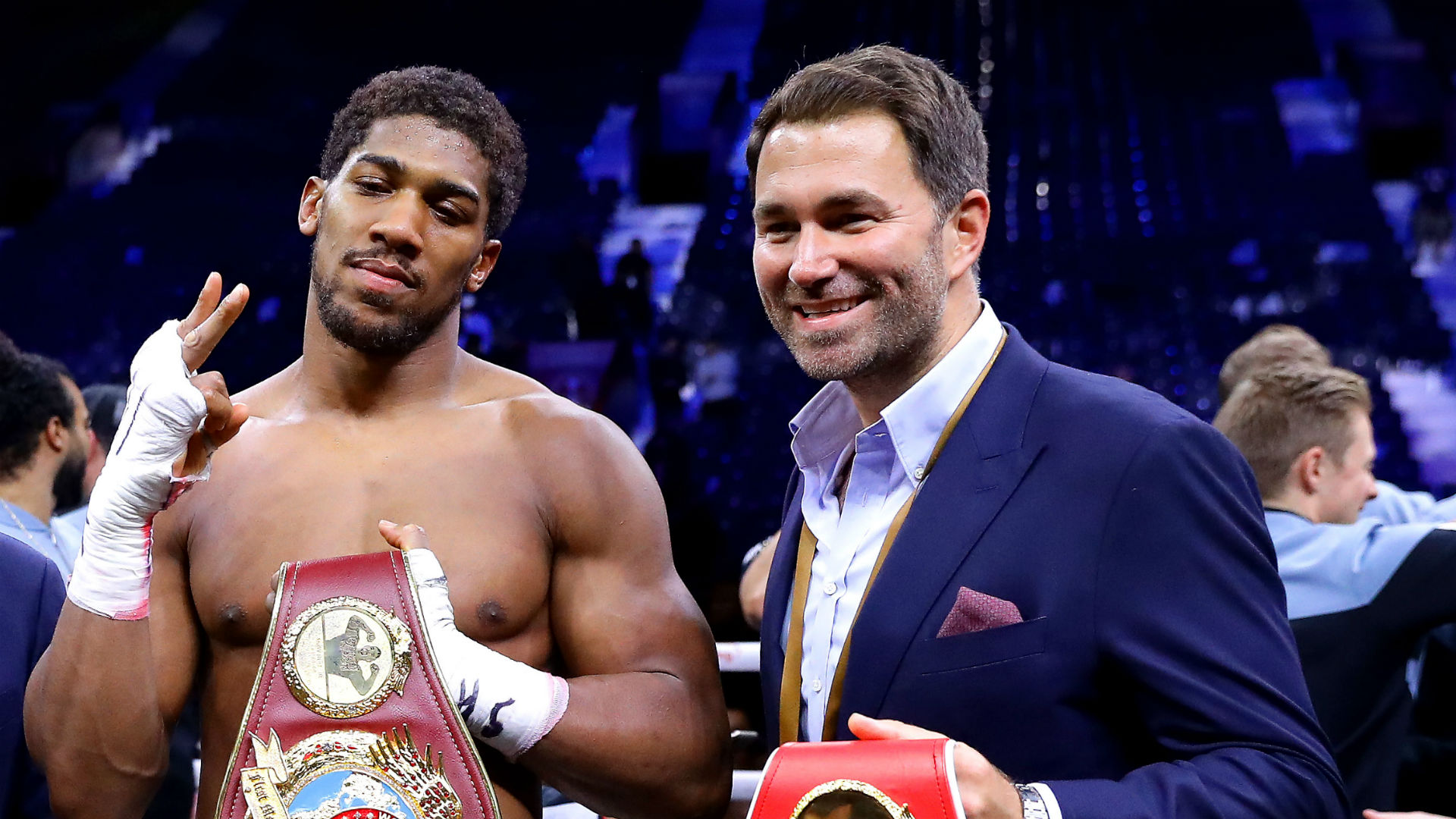 Eddie Hearn believes Anthony Joshua would not have a problem facing Tyson Fury or Deontay Wilder in a December heavyweight unification fight after having not fought for a year.

Joshua is due to put his world heavyweight titles on the line against IBF mandatory challenger Kubrat Pulev at Tottenham Hotspur Stadium in London on June 20. Hearn, Joshua’s promoter, knows that fight is unlikely to go ahead because of the coronavirus pandemic. There is no knowing when sports will resume and Spurs still have a Premier League season to finish.

Fury and Wilder were expected to do battle a third time in July, but the WBC champion’s co-promoter, Bob Arum, said the trilogy fight could be pushed back to October.

Hearn does not feel Joshua would have an issue stepping straight into a titanic showdown in search of a sweep of the titles at the end of the year if there is a drastic change of plan.

He told BBC Radio 5 Live: “Right now our plan is to fight Pulev in June or July, then fight Fury or whoever holds the WBC belt at the time. If the Pulev fight can’t take place we may end up seeing that fight [against Fury] happen later this year.

“It wouldn’t be ideal for AJ boxing in December to have been out for a whole year going into a fight like that, but I don’t think he would have a problem with it.”

Netflix went down for an hour for some users

7 Characters That Need to Return in Jurassic World 3