Hollywood has a thing for buddy movies. Such films have come out since the silent movie era and the genre has been extremely popular ever since Laurel and Hardy appeared together in The Lucky Dog (1921). In the modern era, such movies have more or less become cop dramas. While cop comedies are a whole lot of fun in their own right, we’re not covering them here right now. Instead, the focus is to provide a list of buddy movies from Hollywood which feature oddball couples. Share the list with your goofy pals during the lockdown and compare notes about them afterwards. Happy viewing 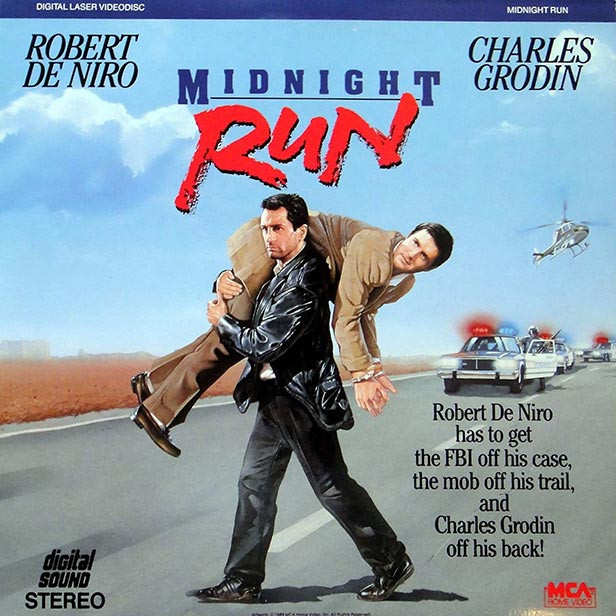 Robert De Niro plays a bounty hunter with temper issues while Charles Grodin plays an accountant on the run from the mafia as well as from the police. De Niro is hired by a bail bondsman to bring him and considers it an easy dog. But he hasn’t counted for Grodin’s crafty ways. He fakes a panic attack so the duo has to make the journey to LA via train. They had to ditch the train as people are after them. It so happens that both run out of money so have to steal cars and hitchhike to complete the journey, leading to various misadventures. The FBI wants to apprehend the gang whose money Grodin embezzled. They use De Niro to entrap the mob boss. When the two men finally part, Grodin ‘gifts’ the bounty hunter with 300,000 dollars he was carrying in his money belt as a token of friendship. 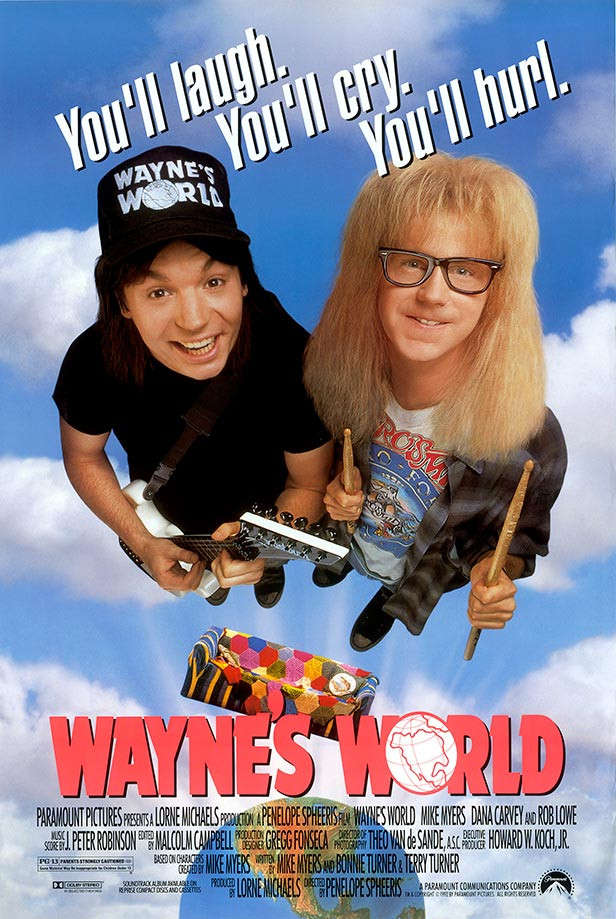 In its own goofy way, the film highlighted how creative content developers, who are often shy beyond measure and thus prefer to live in their own imaginary world are exploited by the consumerism of corporate culture when they make a jump to the big league. They find it hard to adjust to studio policies catering to high TRPs, taking them away from the radical content which made them famous in the first place and trimming them into safe bets. Wayne Campbell and Garth Algar, played by Mike Myers and Dana Carvey may have been misfits but they stuck to their own individuality to the very end. The film has three endings: one utterly realistic, one cartoonish and the last a ‘mega happy ending.’ 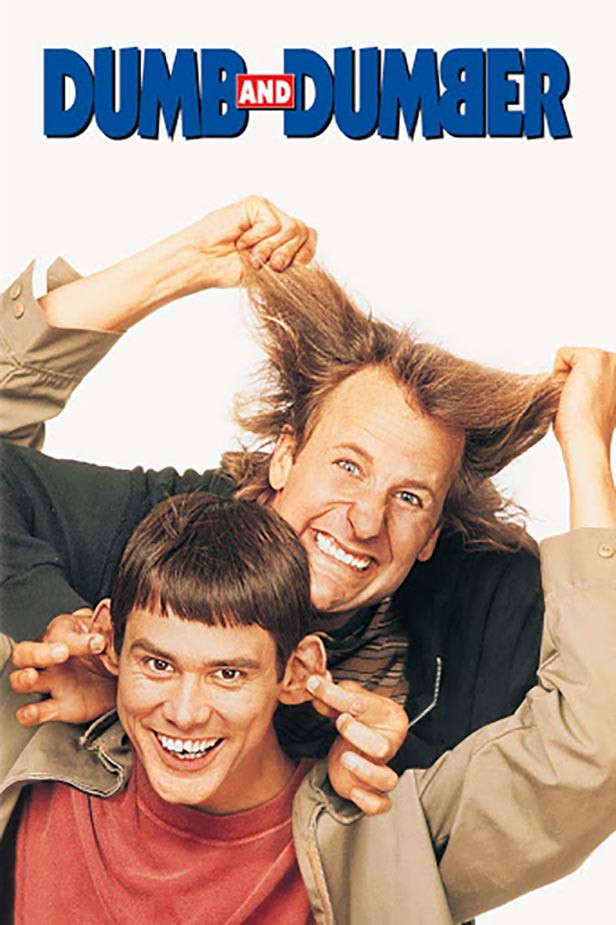 Lloyd Christmas and Harry Dunne, played by Jim Carrey and Jeff Daniels are the dumbest people you’ll ever encounter your whole life. At first, you merely laugh but later you become frustrated by their idiocy. Their dumbness has become a gold standard of sorts and spawned a number of tributes and copycat versions over the years. It was a road movie at one level and the duo kept getting into bad to worse situations while travelling to Aspen. It says a lot about Carrey and Daniels’ prowess as actors that they made us invest emotionally in their character. Despite the abundant display of stupidity, we come to love their characters. 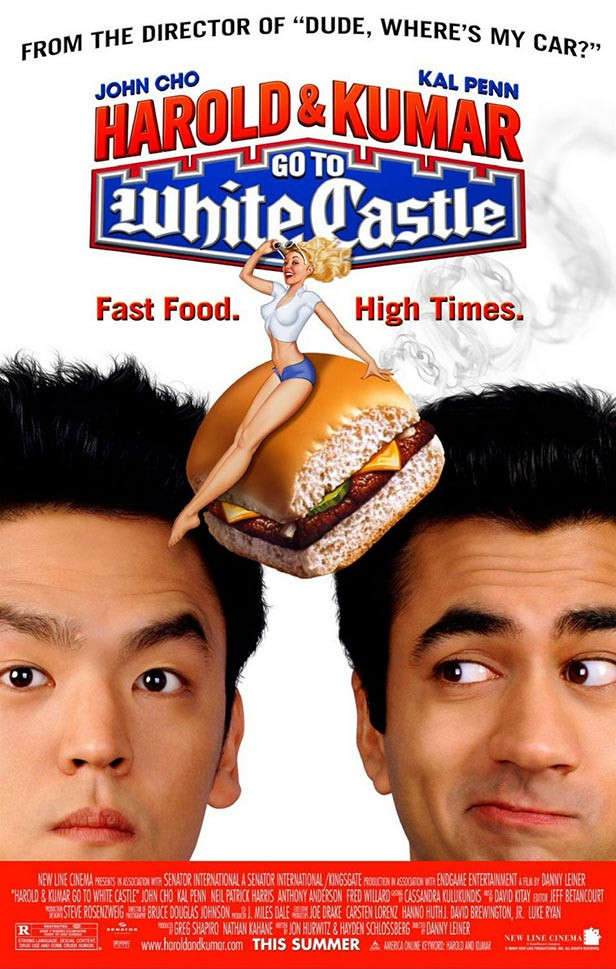 When was the last time two Asian actors were cast as leads in a stoner comedy? Director Danny Leiner took that leap of faith and ended up with a hit on his hands. Harold Lee (John Cho) and Kumar Patel (Kal Penn) are stoned out of their skulls and want nothing better in life than to munch on some White Castle burgers. The various hurdles they encounter during this parodic urban quest do make them grow up a little. Harold, who has always been bullied by his co-workers, manages to confront them at the end while Kumar comes to terms with his fear giving in to the stereotype of becoming another Indian doctor in America. The goofy writing, as well as some loony acting by the two leads, converted it into a successful franchise. 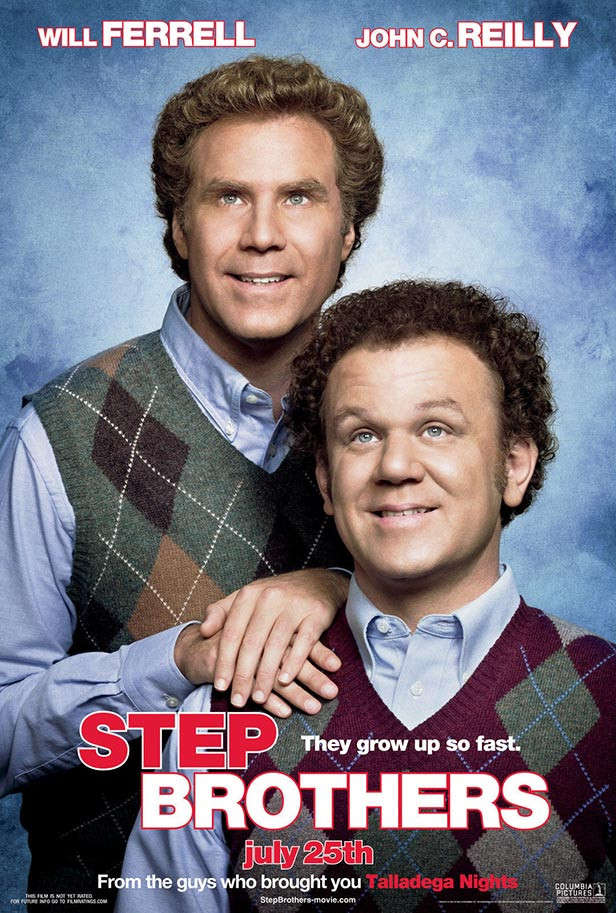 Brennan Huff (Will Ferrell) and Dale Doback (John C Reilly), are two middle-aged men who are forced to live together as brothers after their single parents, with whom they still live, marry each other. They might be in their 40s but they still remain tweens to the extreme. They hate each other at first but become friends after many misadventures together. They refuse to grow up however and it’s only after their parents threaten them with eviction that they give a thought towards being functioning adults. They might have finally found their feet but along the way lose their spark. Fate unites them again and they finally start something — a company that hosts Karaoke events — that not only makes them financially successful but helps them retain their boyishness.

The Economic Impact of COVID-19 on Developing Countries

E!’s Nina Parker Challenges People to ”Speak Up” Against Racism

How To Lose The Quarantine Pounds For Good – Hollywood Life